Use one of the services below to sign in to PBS:

You've just tried to add this video to My List. But first, we need you to sign in to PBS using one of the services below.

You've just tried to add this show to My List. But first, we need you to sign in to PBS using one of the services below.

Get extended access to 1600+ episodes, binge watch your favorite shows, and stream anytime - online or in the PBS app.

You may have an unactivated WSIU Passport member benefit. Check to see. 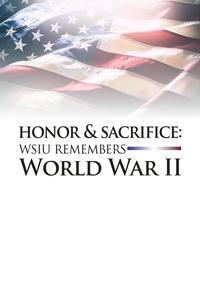 Honor & Sacrifice: WSIU Remembers World War II is an occasional series that highlights the extraordinary stories of local people helped our country during its darkest hour. Stories range from veterans who served in all branches of the military, to civilians who worked in area factories supporting the war on the home front manufacturing bombers, landing craft, aerial bombs, and artillery shells.